The history of the Oliver Inn Bed and Breakfast began in the 1870s. The home of Dr. Lewis Pagin sat on this site. James Oliver (of Oliver Chilled Plow and tractor fame), acquired the house in 1885 and moved it to the South Scott Street for use as the St. Hedwig Parish Church rectory.

He then proceeded to build the present house. On January 4, 1897, as reported in the Real Estate Transfers in the South Bend Times, “James Oliver to Josephine Oliver Ford—one acre on the corner of Scott and Washington. Consideration: $1.00 and love.” Josephine’s husband, George Ford, was a prominent South Bend attorney, prosecuting attorney from 1873-1884, elected to the Forty-ninth Congress 1885-1887, and was made a Superior Court Judge in 1912. He was also the Vice President of the Indiana Northern Railway and an original member of the Northern Indiana Historical Society.

After the death of her Aunt Josephine, Gertrude Oliver Cunningham and her husband, Frederick, moved into the house in 1918. After Gertrude’s death in 1987, at the age of 99, her children donated this home, as well as the home of their grandparents “Copshaholm”, to the Northern Indiana Historical Society. The Cunningham home was sold to help establish an endowment for the maintenance of Copshaholm, the family mansion, as a museum of the Society.

The current Queen Anne style structure has notable features: a corner turret, two curved-glass bay windows in the front, turned spindles and balustrades on the porches, a porte-cochere as well as ornately carved bas relief flora designs in the front gable, in the pediment over the front porch stairs and on inset panels on the turret. A winged griffin supports the front porch roof. In 1912, a two-story, three-bay carriage house was constructed at the back of the property in a Tudor Revival style. This imposing Queen Anne home was built for entertaining. The downstairs rooms are spacious and inviting with its 7 fireplaces and original Waterford crystal sconces.

With an abundance of time, money and ingenuity, this elegant home has been lovingly restored to create a lovely Northern Indiana bed and breakfast, “The Oliver Inn”. Guests enjoy a full candlelight breakfast each morning by the fire with live piano music, as well as complimentary snacks and beverages from the Butler’s Pantry. Eight rooms have private baths, all have TV’s, air conditioning and ceiling fans. Some of the accommodations have fireplaces or double Jacuzzi tubs. The Historic Preservation Commission has rated this home 13 out of 13 possible points plus an “outstanding”. Our Indiana bed and breakfast is an elegant, yet comfortable environment where visitors can feel at home and at rest, during their stay in South Bend. 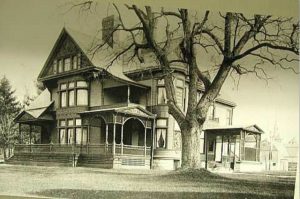 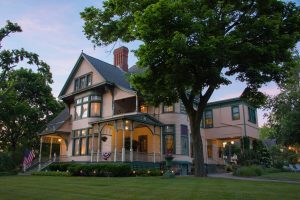 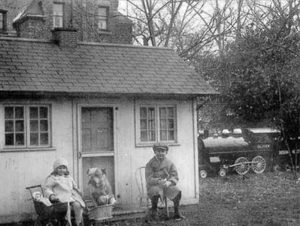 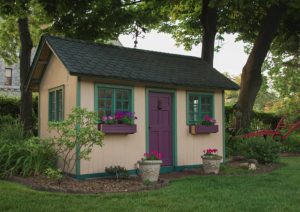